Mccaffery Mysteries DISCOVER THE ART OF PUBLISHING
Home Entertainment company An Uneven ‘Seagull’, Playing Over Too Many Empty Seats, Is A Muted Debut For Steppenwolf’s New Ensemble Theater – Chicago Tribune 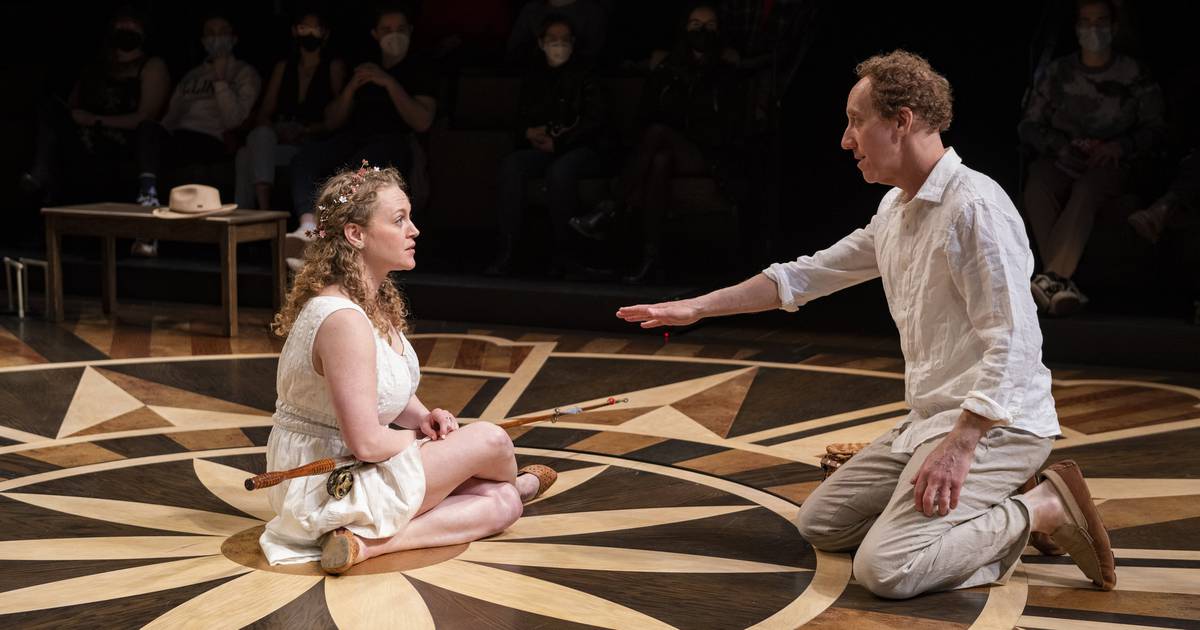 Anton Chekhov’s Masha is in mourning for her life, but Chicago’s Steppenwolf Theater was in party mode this weekend with the opening of its new 400-seat Theater in the Round, a sleek and intimate performance venue built and open during a pandemic and an encouraging addition to Chicago’s cultural roster.

But Saturday night’s performance, a night before the official opening, revealed a production that didn’t feel entirely on par with the import of the moment. The disconnect was exacerbated by the small audience size. The theater was only a little half full, an alarming reminder of the various difficulties currently facing arts organizations in Chicago, which are currently reporting numerous defections, and the smallest Saturday night audience I have seen in Steppenwolf in 30 years of regular attendance.

Granted, we were all watching “The Seagull,” Chekhov’s famous exploration of the pain (and dark comedy) that runs through a damaged theatrical family. The iconic play, first produced in 1896 and freshly adapted and staged in Steppenwolf by Yasen Peyankov, is full of metaphor for all theater companies. It follows the aftermath of the landing in orbit of an Irina Nikolaevna Arkadina (Lusia Strus), a fading but once-famous theater star whose son, Konstantin (Namir Smallwood) enjoys putting on summer plays. starring his beloved muse Nina (Caroline Neff), a fragile young actress. Alas, Nina falls in love with Boris Trigorin (Joey Slotnick), Irina’s lover, but Trigorin proves to be far from a benevolent figure. Meanwhile, Masha (Karen Rodriguez), Dorn (Eric Simonson), Sorin (Jeff Perry), and working-class Ilya (Keith Kupferer) and Polina (Sandra Marquez) watch the perplexing actions of the artistic classes upstairs with varying levels of ironic detachment, amusement and justified concern.

You’ll probably notice from the paragraph above that the show is very well supplied with members of the Steppenwolf ensemble, a deliberate and appropriate choice given the birth of its new Ensemble Theater.

But that resulted in some unconventional casting choices. Take, for example, Neff, an actress of exceptional talent, thought, and moral authority, as Nina, a 19-year-old character generally seen as vulnerable, immature, and impulsive. Or Slotnick, a superb comedic and empathetic player, like Trigorin, a deeply malevolent presence. There’s nothing wrong with working against traditional Chekhov mores – indeed, it should be encouraged – but the whole world of the play needs to be recalibrated in such a way that it’s clear what the production is trying to say. I’ve sometimes struggled with this point of view: Rodriguez, another talented Steppenwolf player as Masha, seems to do everything right in her scenes and yet her Masha just doesn’t haunt the room like it does. is usually the case when you see a super “seagull”.

I think it has to do with some inattention here to the play’s crucial emotional subtext: Rodriguez’s Masha, for example, needed a lot more power and moral authority in the play for her latent strength to be released.

The question here, as is often the case with Chekhov, is how much is or isn’t at stake. The answer is always plentiful, no matter what people actually say.

You feel the stakes required more clearly with Smallwood’s deeply present Konstantin; it captures the crucial feeling of a young man trying to calm inner demons mostly unleashed by his mother. And he’s matched well by Strus, a longtime actress and Chicago iconoclast with a singular stage presence: She finds the right toxic mix of showbiz schmooze and dangerous insecurity and you’ll believe every selfish world that comes out of her mouth. . Her cheeky “brava” after her son’s spectacle speaks volumes – the inauthentic word itself sounds like a controlling prelude to her toxic need to maintain her superiority.

Other scenes and performers are equally effective in many individual scenes. Overall, however, the production also feels tentative and textually insecure (which will likely improve over the course of the run). It has a workshop feel, which is good, but it needs more depth in its finish.

You can see where Steppenwolf was going with this here: “The Seagull” feels written for the opening of a new space in the round by a great theater company that has always valued introspection and self-evaluation.

“Here’s a theater,” says one line in Peyankov’s adaptation. “No curtain, no wings, just empty space. You can see the lake. And you can see the horizon.

Chicago, for all its current issues, still needs to be able to see those two things in its collective heart and I think this production could have, in fact, led the way, at least metaphorically.

But the show struggles to see that light, to exorcise the demons of the past two years, to calibrate Chekhov’s interest in what theater can do if it curbs its self-destructive tendencies, especially for those who choose a life.

The room needed lighting: better concentration and the courage to always seek out what lies behind the worried words we say to ourselves, each time we want to venture out. As we all must.

Chris Jones is a reviewer for the Tribune.