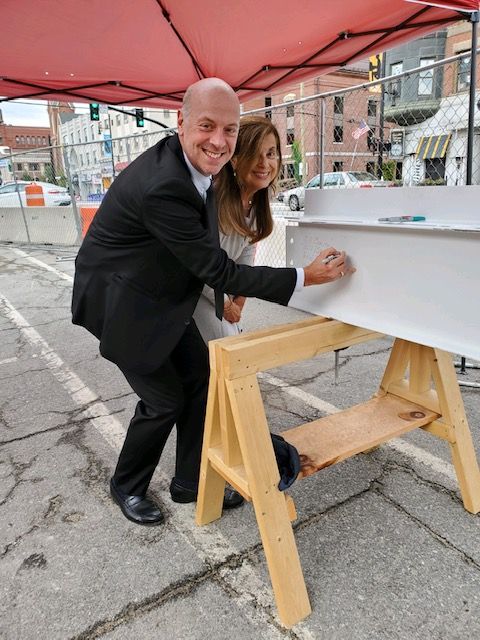 NASHUA, NH – Nashua Community Arts announced Monday evening that it had received a pledge of $ 1 million for the new Nashua Performing Arts Center, according to the board of directors. President Rich Lannan.

Lannan said Phillip Scontsas, a member of the NCA fundraising team and owner of Scontsas Fine Jewelry on Main Street, was in conversation with the anonymous donor and got the engagement on Friday.

â€œThe donor and his family are local, like Nashua, are very civic and are big lovers of the performing arts. They travel to different cities to see shows and are very excited and thrilled to have the opportunity to see shows right here in Nashua, in a brand new state-of-the-art facility, â€said Sconsas.

The announcement was made during a beam signing event hosted by Nashua Community Arts where major donors were able to sign their names on one of the last beams to be erected at the construction site and then gathered at the restaurant Surf for a refresh and an update on the center.

At this event, Lannan also announced that construction of the new center, the demolition of which began in January and is now completing steel construction, is underway. calendar and on the budget. “We were fortunate that Harvey Construction, the general manager of the project, put in place purchase contracts for all materials at the start of the year, before the price inflation occurred now,” he commented.

Currently, the scheduled date for completion and key handover to Spectacle Management, the facility’s contract manager, is September of next year.

To participate as a supporter of the Nashua Performing Arts Center, contact the Chair of the Fundraising Committee, Marylou Blaisdell, at 603-882-5535.

The community arts of Nashua are the 501c3 non-profit associated to the Nashua Performing Arts Center. For more information visit www.nashuacommunityarts.org.