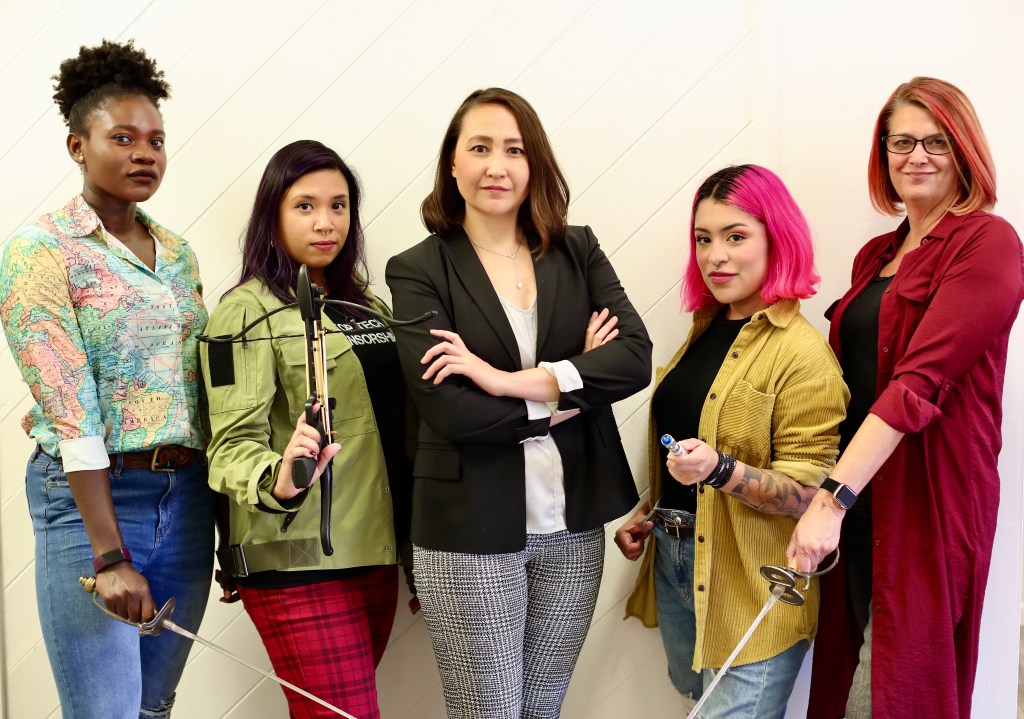 The Bay Area is full of things to see and do this weekend, from a feminist play about the gaming world to music festivals galore to a multimedia concert featuring jazz great Omar Sosa and classical concerts of the Steinway Society and the Gold Coast Chamber Players.

Here is a preview.

The game is the thing

Here are three shows that Bay Area theater fans should know about.

” coded ” : Last year, COVID canceled this new play by Kirsten Brandt on Women in Video Games just ahead of its world premiere at the City Lights Theater in San Jose. Now he’s back in live performances to open the new season of City Lights. The story follows a promising gamer who is thrown into hiding by internet trolls. When she sets up her comeback, things get really, really weird. Brandt also directs.

Marsh : The auditorium and theater company reopen its San Francisco stage for a week of live performances with Bay Area favorite Marga Gomez. The actor, playwright and comedian, who has entertained countless local fans with his often autobiographical solo shows, will perform “Spanking Machine,” a memoir of his upbringing in Washington Heights, New York, starting Friday.

Details: 8 p.m. on Fridays and Saturdays until October 23; Le Marais, 1062 Valencia St., San Francisco; $ 20- $ 100, tickets must be purchased in advance, proof of vaccination and masks are required; themarsh.org.

“Pericles: Prince of Tire”: After showing the first three chapters of a four-part production of this Shakespeare play, the San Francisco Shakespeare Festival presents the fourth part live in the parks of the Bay Area (Chapters 1 through 3 are still available in streaming). Performances will take place Saturday through September 26 at the Jerry Garcia Amphitheater in McLaren Park, San Francisco, and October 2 through 10 at Memorial Park Amphitheater in Cupertino.

Details: All performances are free; www.sfshakes.org.

Festivals? We have festivals …

Two weeks after the massive BottleRock Festival took over Napa, the Bay Area is once again inundated with outdoor music festivals. There are three big outdoor festivals taking place this weekend, although access is a bit difficult for two of them.

On the grounds of Oakland Arena, electronic music superstar Porter Robinson hosts his two trippy days Feast of the second heaven September 18-19, with Madeon, Jai Wolf, Toro Y Moi and other artists also on the bill. Music starts around 11 a.m. on both days, and while both shows are sold out, you may be able to score tickets discarded or exchanged on the event website, www.secondskyfest.com.

At Concord, Vallejo native Gabriella Sarmiento Wilson – who went on to become HER, the most prominent R & B / rock singer, songwriter and guitar chipper on the planet – puts it on the stage. Festival of Lights September 18-19 at the Concord Pavilion, with Erykah Badu (September 18 headliner) Bryson Tiller, Ari Lennox, Ty Dolla $ ign and Keyshia Cole. The music starts around 2 p.m. each day although the set times are still to be determined. The event is a kind of homecoming for HER (which will headline September 19) and it’s no surprise that both shows have been sold out for weeks, although tickets are available on the market. secondary via lightsonfest.com.

And speaking of Vallejo, the city hosts its first Saturday Mare Island Dock of the Bay Festival, described as ‘music and beers, with a view of the waterfront’. It’s hard to quibble with any of these attributes, but the musical part is particularly well represented, with Oakland’s Fantastic Negrito, Salinas-born roots rocker Jackie Greene, and New Orleans funk / soul / jazz band. Dumpstaphunk among the performers. The show runs from 1 p.m. to 9 p.m. at 50 Nimitz Ave., Vallejo (ferry service is available) and tickets cost between $ 75 and $ 150; go to dockoffayfest.com.

In June, sublime pianist / composer Omar Sosa delivered the first live performance at the SFJazz Center in over a year with a solo concert that gave music fans a burst of hope that in-person concerts would soon be a part of. from the program. Bay area entertainment scene. It didn’t quite go as planned, but don’t blame Sosa, 56, of Cuban descent, who returns to SFJazz on Thursday for another live performance which is billed as a “piece of performance art. “titled” Motherland Journey “” (it will also be available to stream).

Playing the piano and other keyboards, Sosa will team up with New York percussionist and programmer Amaury Acosta and Oakland-born painter and sculptor from Kenya, Githinji Wa’Mbire, who will create a stage work based on his interpretation of music. Meanwhile, a series of sound images and audio effects triggered by the show will be streamed through the concert hall by SFJazz’s new video / lighting system. Of course, we’d almost be happy to watch Sosa walk away on a Linus-style toy piano in the “The Peanuts” cartoons – he’s so talented. But it will be a pleasure to see what the former Bay Area musician delivers in this innovative setting.

The Steinway company starts up

Here are two concerts that classical music fans should know about.

Steinway Company: The Steinway Society’s Bay Area home concert series remains live this season, but audiences can expect plenty of thrills when pianist Claire Huangci performs an all Beethoven program to kick off the fall offerings of the organization. The American pianist, winner of the first prize of the Chopin competitions in Darmstadt, Germany, and Miami, will perform Symphony No.6 in F major, Op. 68, “Pastorale” (transcription by Liszt) as well as Schubert’s Fantasy in F minor (Kabalevsky transcription), which she performs with the Vienna Symphony Orchestra ORF conducted by Cornelius Meister. Future Steinway recitals feature Finnish musician Juho Pohjonen (October 15-18) and Russian pianists Anna Tsybuleva (November 19-22) and Nikolay Khozyainov (December 10-13).

Gold Coast Chamber Players: Directed by violist Pamela Freund-Striplen, the GCCP launches its 2021 series with “Spheres of influence”, a program of French, Chinese and Japanese music. Freund-Striplen is joined by members of the San Francisco Opera and Symphony Orchestras: violinists Dan Carlson and Dian Zhang, violist Joy Fellows, cellist Amos Yang and bassist Charles Chandler. The program includes Ching-Chu Hu’s 2013 “Spheres of Influence” for string sextet, as well as Debussy’s String Quartet in G minor, Ravel’s Sonata for violin and cello and Shinji Eshima’s “Bariolage” for cello and bass. The public can experience the program in person and a recording will be available for streaming after the concert.