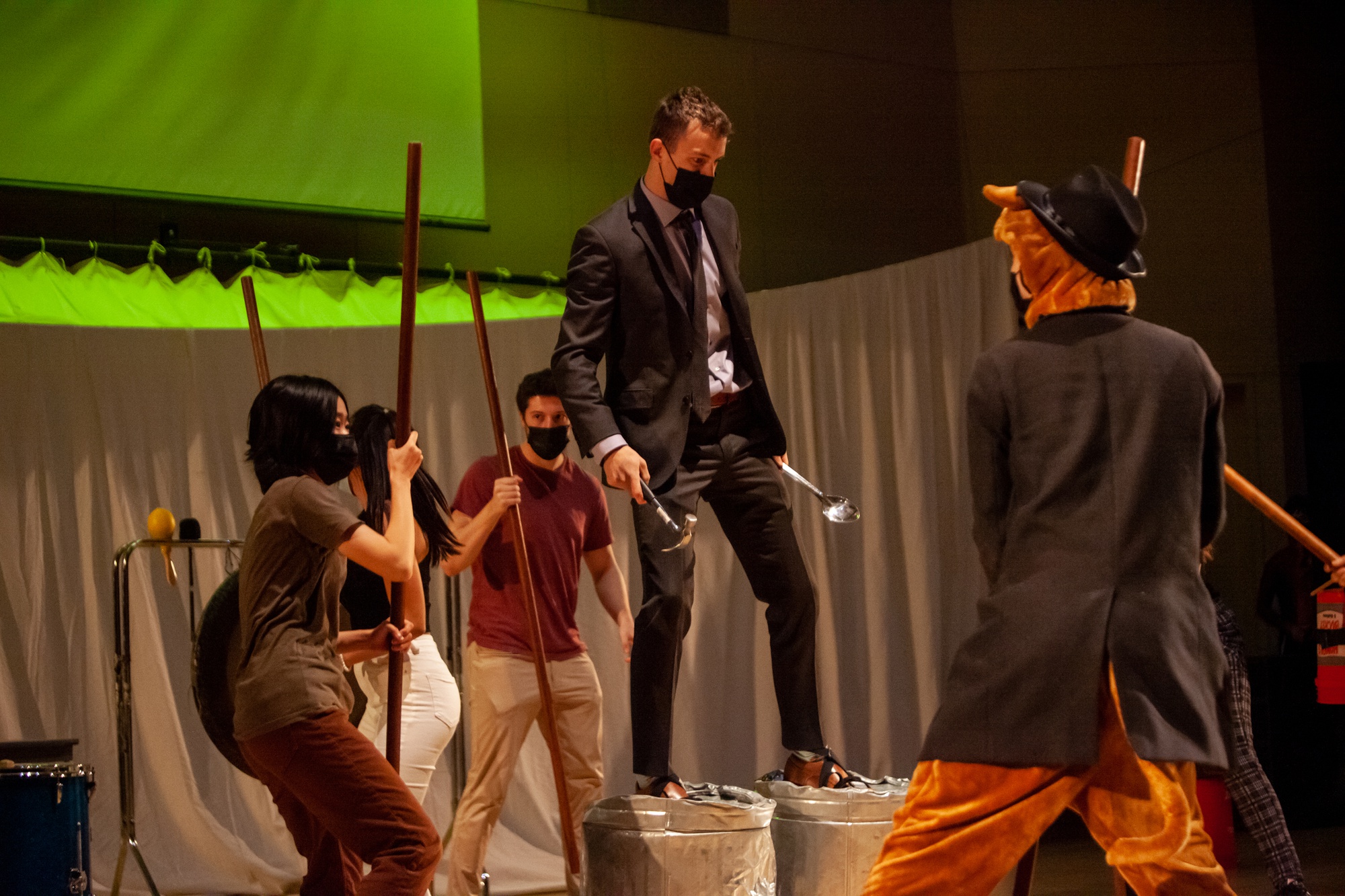 During a year of virtual rehearsals, Shang Wang ’24, a member of Harvard’s Radcliffe Choral Society, considered quitting the group “a trillion times.”

With students away from campus, RCS members practiced by recording themselves singing on a track and remained silent throughout the Zoom rehearsal. It was Wang’s fall in first grade and her first experience with the choir, an experience she described as unsatisfactory.

She held on until the group returned to rehearsals and in-person performances this fall, and now enjoys the group so much that she attends board meetings and plans to become more actively involved in it. event planning.

â€œThis year it exceeded my expectations,â€ she said.

After more than a year of adapting to virtual programming, Harvard’s dynamic performing arts groups have come back to life. Although they faced challenges in complying with Covid-19 restrictions, the artists said the opportunity to meet in person was worth it.

The performing arts groups at Harvard cover dozens of disciplines. According to the Office of the Arts, professionally and student-led ensembles produce around 500 concerts per year. The Sanders Theater and Lowell Hall programs alone feature 100 student rehearsals and over 100 performances per year.

Students say they are drawn to performing arts groups for a multitude of reasons: pursuing their hobbies in high school, exploring artistic interests, or researching a particular social scene.

Cordelia Yu ’24 stated that she was drawn to the Asian American dance troupe despite the virtual format that her freshman year fell not only by the welcoming energy of the upper class students, but also by the desire to reviving a hobby she had previously given up.

â€œI feel like dancing is something I gave up in high school,â€ she said. â€œSo I wanted to rekindle interest. “

This semester has seen the return of in-person art events. By Dylan J. Goodman

Alexandrea G. Harriott ’22 joined the Harvard Kuumba Singers her freshman spring. She found both extracurricular and social fulfillment in Kuumba, which is a Swahili word meaning ‘to create’.

“I joined first because I wanted to get more involved with the black community on campus, and I felt like they were really a staple on the Harvard campus,” she said. declared.

Angel G. Hoyang ’23 is involved with the Harvard Ballet Company, the Modern Dance Company, and the Harvard-Radcliffe Veritones, among other performing arts groups on campus.

She said the Veritones have been the “most rewarding” experience she has had at Harvard so far, as it has allowed her to explore different styles of music outside of classical music.

“Simply did not exist”

Covid brought Harvard’s flourishing art scene to a screeching halt, leaving performers scattered across the world and auditoriums empty. Students reported mixed experiences with their performing arts groups during the virtual school year, but most said they remained members.

â€œI guess you can’t really compare the last two years, this year and last year, just because they’ve been so drastically different,â€ said Ruben A. Fonseca Castro ’24, who joined Harvard Wind Ensemble and the Harvard Radcliffe Orchestra in fall 2020.

Yu, likewise, drew a stark contrast between his experiences from the two years, calling the online version and the in-person version “two separate experiences.” Some groups did not meet regularly at all and some students from groups that did meet found themselves not getting the most out of virtual rehearsals.

â€œWe never met regularly, never really,â€ said Benjamin R. Meron ’23, member of the Harvard Undergraduate Drummers, or THUD. He said he was drawn to the group for their creative style which uses unconventional percussion – and sometimes acting – in their comedy shows.

“I saw this band at Visitas, and I was like, ‘This show is the most amazing thing I have ever seen in my life,” “he said.

Practically, however, being part of the group was less satisfying.

“Maybe we had a few social gatherings with some of the members who just wanted us to get together on Zoom and play games, but we had no sense of rehearsals – the club just didn’t exist,” Meron said.

Hoyang said the virtual year had a greater negative impact in a cappella than in dance due to a cappella’s addiction to feeling the energy of other singers.

â€œIn general, dancing doesn’t have to be done with other people – it can be a very solo endeavor,â€ she said.

â€œWe learned to work with space virtually and digitally, and in a flattened 2D space rather than the 3D that we were used to,â€ Hoyang added. “But the same cannot be said of a cappella because as a format it depends on whether everyone is working together at the same time.”

Drama has also been affected, according to Mira S. Alpers ’24, director of the musical First-Year last year and director of this year’s contemporary play “This is Our Youth.”

Alpers, a senior editor at Crimson Arts, said her directorial interests – the interpersonal dynamics and the way people connect with each other – weren’t as successful with virtual theater because of the lag and pre-recorded material.

â€œVirtual theater is strange,â€ she said. â€œI think some people in the midst of the pandemic, who were trying to look on the positive side, were like, ‘Oh, I hope this is an enduring art form. “And I don’t hope that – I don’t think it has to be.”

“A kind of comfort”

Despite varying experiences during the pandemic, all eight artists interviewed for this article said they appreciated the return to normalcy.

Mira S. Becker ’24 choreographed a dance for the Harvard Radcliffe Modern Dance Company this semester, after a year on Zoom in which she said there was “no way” she could have done it.

â€œCreating a final product was really rewarding, especially after spending so long on Zoom,â€ she said. â€œJust having him play in front of me was very exciting. “

Yu, also a dancer, said the in-person rehearsals were an enhanced learning experience.

â€œIt’s always nice to physically see how the formations change when you’re on stage, how the lighting works, which I had never done before because you just edited videos,â€ she said. .

Meron said one of his favorite parts of this semester is meeting new faces, especially with many more members coming in this fall.

Its first year, THUD took on six new members, but this year they took on 11 due to lack of auditions last year.

Back on campus, some artists, like Wang, are planning to continue or have already held leadership positions in their groups. Yu is the artistic director of AADT and Hoyang is the new president of the Veritones.

Harriott, who is an elderly person, said that even though she cannot give “100%” of her time to Kuumba, she always finds herself coming back for “solace”.

â€œYou go to Kuumba because it gives you something of a kind of comfort that doing these other things won’t bring you,â€ she said of the rehearsals in person.

â€œI would rather that – come back with just a breath of fresh air, and be loved, and create in that space,â€ she added.

â€”Editor Felicia He can be contacted at [email protected]