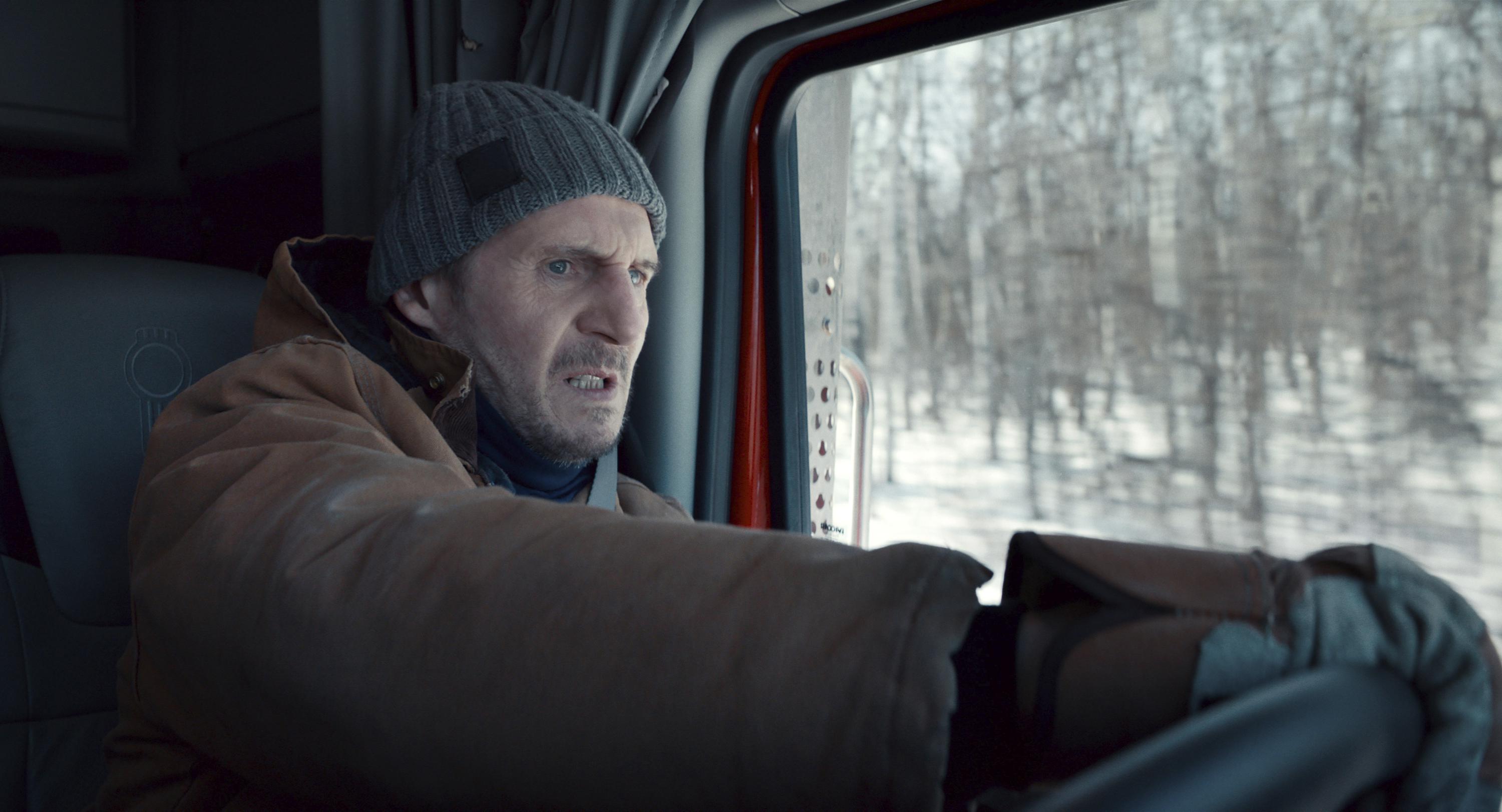 There’s just something symbiotic about Neeson and vehicles – not just cars, but planes (“Non-Stop”), commuter trains (“The Commuter”), even snowplows (” Cold Pursuit “).

And now in “The ice road” this durable action hero pushing the unlikely 70 is driving a big truck – not your normal truck, but a 65,000 pound platform. And not on regular roads, of course. On ice roads i.e. frozen lakes or oceans where the spring thaw brings dangerous conditions and one wrong move sends you straight into the freezing abyss.

Thankfully, Neeson has a way of lending his crass dignity to even the most superficial storylines – because this one, it has to be said, is superficial. All you need to understand are three things: the good guys, the bad guys – no subtlety here – and the fact that the ice is very slippery, very cold, and tends to melt in the sun. I get it?

In this latest installment of the Neeson Vehicle Canon, written and directed by Jonathan Hensleigh, Neeson is Mike McCann, a long-haul trucker who is also the keeper of his brother, Gurty, a veteran suffering from PTSD. Mike can’t seem to keep a job for very long – he’s had 11 jobs in eight years, and we see him get fired from his last job after he laughed at a guy who laughed at aphasia caused by his brother’s war. But his luck may be about to change.

A methane accident detonates a diamond mine in remote Manitoba, Canada, killing eight miners and trapping 26. There’s a 30-hour oxygen window, but rescuers need help first. a well head. The only way to get the wellhead to the mine is by truck.

But it is April, when the ice roads leading to the mine are melting. No truck driver would attempt such a suicidal mission.

Mike responds to an alert from Jim Goldenrod, organizer of the Impossible Rescue, offering his driving skills (yes, Neeson still has a special set of skills) and his brother Gurty (Marcus Thomas) as an ace mechanic. The duo are soon hired, joined on the mission by Goldrenrod himself (Laurence Fishburne, sadly underutilized here) and Tantoo (Amber Midthunder), a spirited young driver for whom work is more personal than financial – her brother is trapped. in the mine.

There is one more passenger in the three-platform convoy: an insurer from the company that manages the mine, apparently necessary for his actuarial skills (Benjamin Walker, whose considerable acting skills are not really exploited here, if you will excuse me for the pun).

In a film that relies on great scenery but skimp on character development and storyline, we know right off the bat who the good guys are, especially Mike and Gurty. We also know early on who the bad guys are; they are as caricature as possible. As for the ice cream, well, there is a lot of it, and it is getting thinner and thinner – which one could say about the plot if one wanted to catch some fruit within easy reach of the tree. potential word games.

More handy fruit is offered in the lyrics of Johnny Cash’s song on the country-infused soundtrack: “All I do is drive, drive, drive,” he says (sung by Jason Isbell here). “Try to stay alive.” And while you might be thinking about those lyrics as you watch Neeson’s Mike do just that – drive, drive, drive – you can also focus on the “living” part.

This is because Neeson’s durability as an action hero seems more noticeable over the years. Yes, he’s older, brittle, and paler here, and there’s not even a shadow of love interest – unless you count Mike’s believable love for his brother, the only relationship. developed in the script. But, just like Mike, he gets the job done and that’s the reason he’s watching this.

â€œThe Ice Road,â€ a version of Netflix, was rated PG-13 by the Motion Picture Association of America â€œfor its strong language and sequences of action and violence.â€ Length: 103 minutes Two out of four stars.

MPAA Definition of PG-13: Parents are strongly cautioned. Some content may be inappropriate for children under 13.