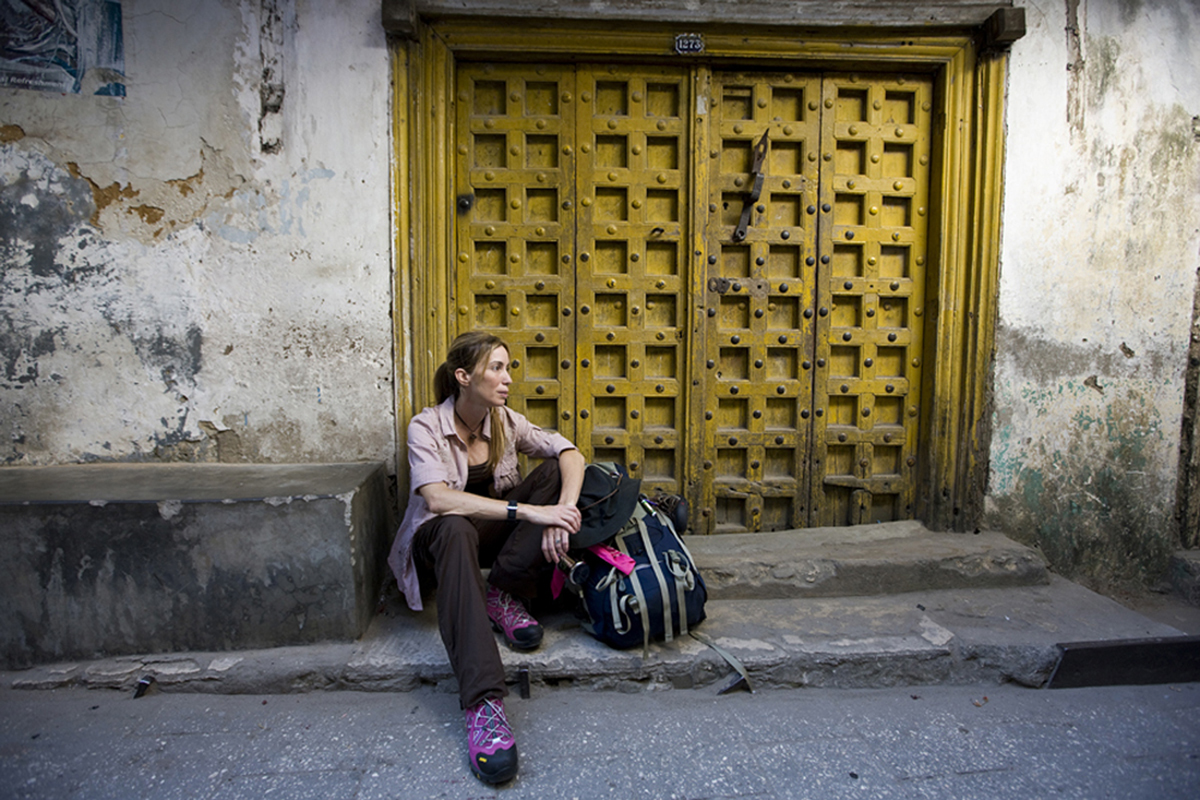 VSchef and adventurer may not be two words you often see associated with each other. But Dr Mireya Mayor wants to change that. She believes, “You can do anything.” This includes hiking in the jungle by day and wearing a little black dress at night. “I am an adventurer at heart with an insatiable curiosity for the natural world … I am also a shameless little girl who confesses herself”, declares the primatologist and ecologist. The Washington Center for the Performing Arts is proud to welcome Mireya Mayor for one night only, September 16, as part of the â€œNational Geographic Liveâ€ touring events.

The mayor has a unique background. Daughter of Cuban immigrants, she grew up in typical American suburbs. As an adult, she became an NFL cheerleader, then began to machete through stereotypes as an explorer.

During her adventures, she has done it all, drinking cow’s blood in Tanzania and surviving poisonous insect bites, being accused by an angry silverback gorilla (as well as elephants!) And sharing a kidney from raw goat with Maasi warriors in Africa. She survived plane crashes and also swam with great white sharks. She even co-discovered a new species: during an expedition to Madagascar, she helped discover the rare mouse lemur (Microcebus mittermieri), considered the smallest primate in the world. His discovery inspired the Malagasy prime minister to create a national park to help protect the new species, conserving the remaining 10% of the once-vast vast forest of the African island nation.

And no discovery is too daring or unique for herâ€¦ she currently stars in Travel Channel’s hit series â€œExpedition Bigfoot,â€ where a team of four explorers search for the elusive Bigfoot. Although reports of sightings abound, there is no tangible proof of their existence, will the mayor and his team find it? She has also hosted dozens of documentaries, including her own National Geographic Wild! Series, â€œWild Nights with Mireya Mayorâ€ She also hosted â€œExpedition Africaâ€ by Mark Burnett for History Channel.

When not traveling the world in search of the next big discovery or starring in a TV series, the Emmy-winning TV host speaks at schools and universities and spends time with her family, including her husband, six children, 11 chickens, a dog, a rooster and many exotic animals.

No wonder she was given the nickname “the Indiana Jones woman”. And it’s a nickname she adopts because she encourages young people not to be limited by what society expects of you and strives to nurture young people’s interest in STEM. As a Fulbright Fellow, Fellow of the National Science Foundation and Director of Exploration and Science Communication at Florida International University (FIU), working with National Geographic, Mayor teaches children about endangered species, the threats that have diminished their natural habitats and what they can do as the next generation of scientists and gatekeepers to turn things around.

Somewhere in there, she also finds time to write! “Pink Boots and a Machete: My Journey from NFL Cheerleader to National Geographic Explorer,” is the mayor’s autobiography, published by National Geographic Books. For just one night on September 16, his book will come to life as the Mayor wows the residents of Thurston County with his adventurous tales in person at the Washington Center for the Performing Arts. If you’ve ever wanted to sit in the front row of one of Dr. Jones’ classes, now is your chance! You won’t want to miss this incredible behind-the-scenes look into the life of a National Geographic explorer, coupled with incredible footage from her many travels. You will be on the edge of your seat the entire time, guaranteed! At the end, this will be your chance to ask Dr Mireya Mayor your questions, this is truly a rare opportunity. Maybe you want to know what raw goat kidney tasted like or ask him about the softness of the mouse lemur’s fur. Or how about what she ingested to calm the charging gorilla? You will have to attend to know the answers!

Tickets for “Pink Boots and a Machete” are on sale now. The event will take place at 7:30 p.m. on Thursday, September 16, 2021, at the Washington Center for the Performing Arts. This event is good for all ages. Current COVID-19 regulations are in place. All participants must have proof of vaccination or a negative COVID test. Purchase your tickets from the Washington Center for the Performing Arts website.