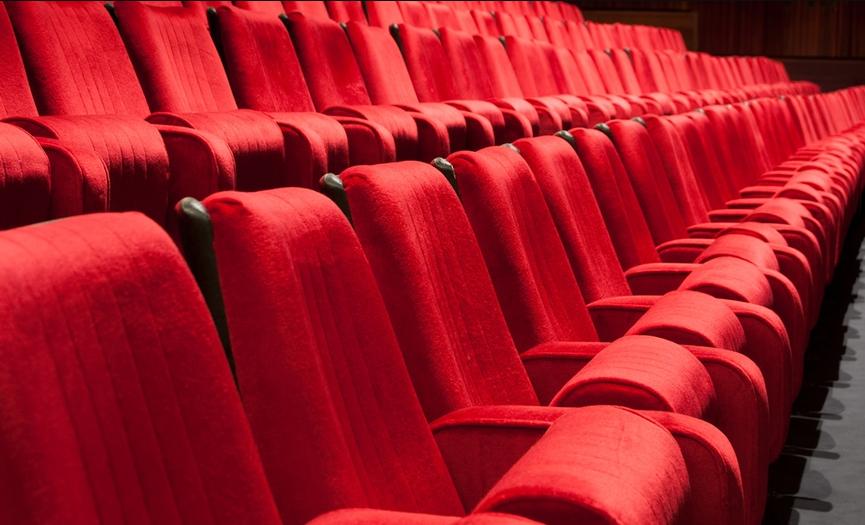 WEST LOS ANGELES – “I like to remember, ‘At least I’ll always be a footnote in the art history books!'” That’s what John Fleck has to say about his role as one of the “NEA Four”, a quartet of performance artists who, in 1990, had their grants canceled by the National Endowment of the Arts under pressure from Washington – in particular, Senators Alphonse D’ Amato and Jesse Helms, who led a coalition of fellow conservative senators to impose guidelines preventing the organization from supporting whose work “may be considered obscene”.

When The Blade sat down with the veteran LA performance artist to have a chat about his latest show – an extravagant new cabaret called “It’s Alive, IT’S ALIVE!”, which opens February 19 at the ‘Odyssey Theater – we knew we had to ask him about the incident that made him famous. What exactly did he do that was so obscene that the government felt it had to intervene?

“It was a show called ‘Happy All the Little Fishes’, in 1988. I had this toilet that I found on the street, and I put it on wheels and took it to the stage – I was dressed as a mermaid – and I created this whole religious epiphany where I threw up in the toilet, and I was like, ‘God, why did you stop loving me?’

“Then God answered from the toilet, ‘I never stopped loving you, you stopped loving me!’, and it became this ‘toilet bowl miracle.’ A Bible appeared, and then – being a punk, you know it was the old days of punk rock – I took my penis out and peed in the toilet, and I read this Bible passage and I experienced this miracle, and then I put my hand down the toilet, I had these little bowls in there, and I pulled out a goldfish. And I thought to myself, ‘God answered my prayer. with a stupid goldfish?’ Anyway, I learned the meaning of love through that little goldfish, and that was the seed of the play,” Fleck recalled.

Over thirty years later, many of our readers might think it feels like just another Saturday night – as many did back then, too. Nevertheless, it caused a sensation. Starting as a club show (with the now defunct Theater Carnivale troupe at the Olio, Silver Lake), it eventually moved to the now demolished Tiffany Theatre; Somewhere along the way, says Fleck, a friend suggested applying for an NEA grant, and he did. To his surprise, he received $5,000.

In 1990 he tells us: “I remember coming home from doing a show at Chris Brownlie AIDS Hospice in 1990, and on my answering machine there was like 40 phone calls from CNN and so right away, saying ‘What are your do you think your grant was taken away from you?’ That’s how I found out. And I was like, ‘Whoa, Senator Jesse Helms, you really do NOT like my work !’ And then, you know, one thing led to another and we ended up going to the Supreme Court – and here I am a hundred years later.

The four artists (Karen Finley, Tim Miller and Holly Hughes were the other three) won that Supreme Court case in 1993, marking a victory for free speech, but the NEA – again, under pressure – subsequently stopped awarding funds to individual artists.

Fleck says the whole episode gave him an exaggerated reputation that dogged him for years.

“I remember talking to Holly Hughes and saying we couldn’t create anything because all we were doing was standing up for ourselves. I was reading things like ‘John Fleck masturbates in front of an audience!’ or that Helms said I peed on the picture of Jesus Christ, and I was like, “Wait a minute, I’ve never done that.” But all of a sudden, I was tagged. labels, they really stick. I spent a lot of time trying to unpack mine and define who I really was.

Looking back now, he sees a clear connection between the lascivious repressive atmosphere of those years and the resurgence of extreme conservatism today – something that is particularly evident in the extremist fervor of the MAGA crowd.

“OF COURSE, we all want to make America great, I don’t know about it ‘yet’, but there IS this mythology. We were founded on great principles, let’s make it great as a democracy. But do you all remember how great it was in the late 80s and 90s, with Reagan in power who never mentioned AIDS? And here we are in another fucking contagion, but of course let’s go back and pretend that this shit never happened.

Ideally, the subject allows Fleck to skillfully talk about his next piece.

“In ‘IT’S ALIVE!’ I play three characters, and one of them is this far-right guy, and it’s fun to spit all this misogynistic and homophobic stuff – it always makes the audience laugh, because it’s such a releaser pressure, these things that we’re not supposed to say. And then I also play this mythical Covid germ, which is basically on the far left, sort of, and he’s “an emissary of love” , saying that the virus is not here to kill humanity, its mission is to save the world. And on top of all that, you know, damn it, I’m a gay performance artist and there’s definitely a queer sensibility in all of this.

In other words, his new show may not be “lewd,” but it’s sure to ruffle some feathers.

“I love pushing those buttons,” enthuses Fleck. “To make an audience uncomfortable, make them look at reality. We have to be grounded again. We’re all lost in our own realities, there’s like MSNBC reality and there’s people like my family in Cleveland who are… whoo! Man, they believe in crazy bullshit!

“But really, I’m just trying to take all of us away from being so grounded, to get to the roots of our humanity, to remind everyone – and yeah, I know that sounds simplistic – that it’s all about to love each other.”

Still, he’s quick to assure us that the show is meant — mostly, at least — to just be a “good time,” using musical numbers, dance sequences, and broad characters in “a hilarious, theatrical roller coaster. unique” skewering our fears and assumptions about everything from COVID-19 to our identity as inhabitants of the earth in this precarious moment.

“I wanted to go back to my performance roots, doing cabaret and playing with a band, so we have a two-piece band and singer-dancer-actors helping me out. It had been brewing for a year and a half. I still think of him as that baby, and he popped his head out in September when we did the workshop, and we had a great response, and now baby wants to be born!

This baby, written and performed by Fleck and directed by his longtime collaborator David Schweizer, will appear on stage at the Odyssey from February 19 to March 20, with tickets and information available at 310) 477-2055 or OdysseyTheatre.com .