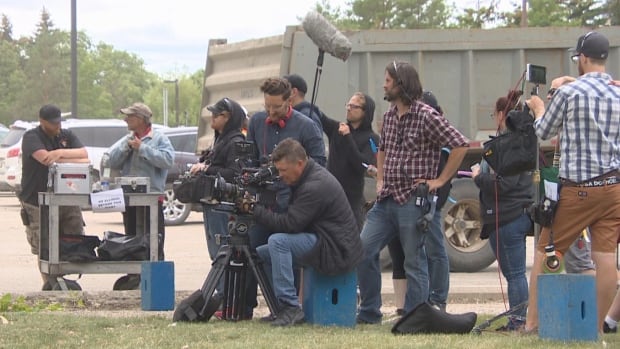 The Government of Saskatchewan is further boosting the film and television industry with an additional $7.5 million for Creative Saskatchewan’s production grant.

In the 2022-2023 budget, the grant was increased from $2 million to $10 million. The additional $7.5 million announced Thursday brings the total grant commitment to $17.5 million for this year alone.

Culture Minister Laura Ross made the announcement at the John Hopkins Regina Soundstage.

“We know this additional $7.5 million investment will build on that momentum, help grow our workforce, increase tourism, and support our arts and culture sectors alongside so many other industries. important.

In August, Creative Saskatchewan and the government announced tv series king of killers received $8 million of the $10 million available in the grant. It was allowed to exceed the $5 million funding threshold because the project was deemed to have a “significant impact on the local economy”.

“It is estimated that an investment of this caliber will result in approximately $32 million in economic activity for Saskatchewan,” said Erin Dean, CEO of Creative Saskatchewan.

Ross said the province decided to increase the grant due to high demand.

She said the total was allocated in just four months and Creative Saskatchewan argued that additional funding could build momentum and generate economic activity.

Dean said the process for receiving grants is based on eligibility and “first come, first served.”

Dean said out-of-province-based productions must partner with a local company to receive funding.

Filmmaker and Wavelength Entertainment executive Chris Triffo said the extra cash is “just the start” for the province’s industry.

Triffo said the industry needs to bolster its workforce in the province, but continued investment could do that quickly.

“The hope is that there will be 140 to 150 jobs created throughout the year and then every year after that it should start to double and ideally we can get into the thousands,” Triffo said.

“Some of the other jurisdictions have [40,000 to 200,000] that work and we hope that the government will continue to support the industry that we will have more and more labor here. »

In 2012, the provincial government decided to eliminate the old Film Employment Tax Credit, which covered up to 55% of labor costs in film and video productions.

The ruling forced the majority of industry workers in the province to relocate to other jurisdictions.

A report of 2020 by Statistics Canada showed that the operating revenue generated by film, television and video productions in Saskatchewan in 2007 was $42.2 million. In 2019, revenue had fallen to $17.2 million.

Ross said the benefit of government grants is that “all the money stays here in Saskatchewan, so there’s no wastage.”

“It’s the best time to be in Saskatchewan in the film industry,” Ross said.

Triffo was asked about the decision to eliminate the tax credit a decade ago and said he preferred to look forward.

“Nothing to gain by thinking about it. Today is a new day and the future looks great.”