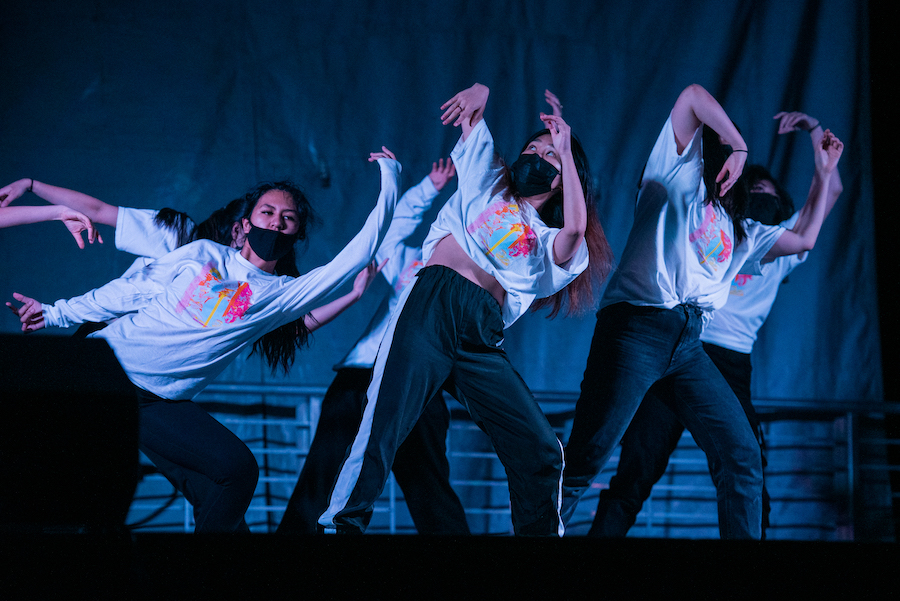 As the waves danced and crashed against the rocks of Lakefill, Northwestern students gathered for an evening of performance – the school’s first major in-person artistic performance in over a year.

Freshmen, transfers and sophomores flocked to Lakefill on September 18 to witness highlights of the performing arts scene at NU, from singers and dancers to actors and comedians.

â€œI absolutely loved all of the events,â€ Weinberg rookie Blessing Agyare told The Daily. “I really liked the energy of everyone and I am so impressed with the talent of all of these artists.”

The event included performances from a cappella staples like the Undertones, Purple Haze and Extreme Measures; dance groups like Boomshaka, Dale Duro Latin Dance Company and the Fusion Dance Company; and theater groups like Jewish Theater Ensemble and Mee-Ow Improv and Sketch Comedy.

Ballroom Latin and Swing Team performs at Rock the Lake.

The in-person performances didn’t just thrill the attendees. Second-year communications student Kamali Lopez Kuno and member of Extreme Measures described being on stage for the first time in over a year as “liberating and thrilling.”

â€œI’ve been performing for most of my life, and there’s really nothing quite like a live show where you give it your all and leave it all in,â€ Lopez Kuno said. “It was something that I really missed, so I was really excited when we finally got to play live and in person.”

While many sophomores were happy to be able to participate in the campus tradition, some felt disheartened at having to share the event with freshmen.

Lily Ryan, a sophomore communications student, said she was excited about the Wildcat Welcome Back programming, but felt sophomores were “pushed with the early years.”

Nonetheless, she was happy to see what the bands had to offer. And for many student groups, the evening was an opportunity to engage potential new members.

â€œThe goal of our performance at ‘Rock the Lake’ was really to generate interest, especially among the early years, to try Extreme Measures,â€ said Lopez Kuno. “It’s impossible to know for sure if we were successful, but I know our band was really energized during the performance, which I know would turn me on if I was in the audience.”

– How to navigate the Northwestern theatrical scene

– Finding Your Voice: A Guide to the Northwest a Cappella