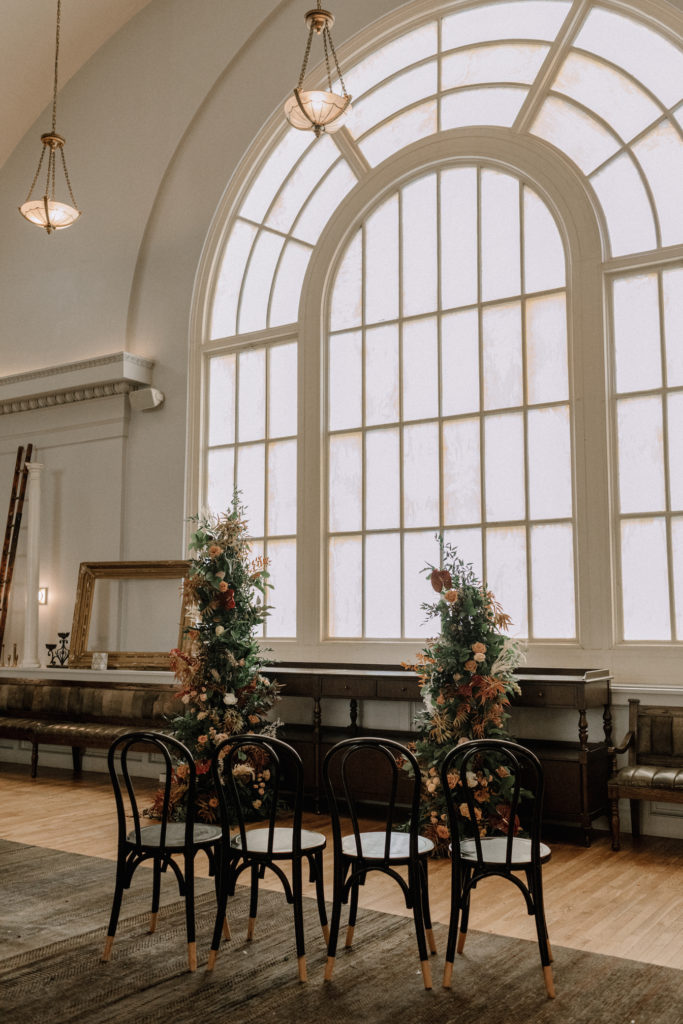 Nica and Andrew exchanged vows in front of a larger-than-life window on the mezzanine of the Line Hotel on Halloween 2020. Afterwards, they celebrated with an intimate dinner for eight. Their marriage was originally featured in the August 2021 issue of The Washingtonian. See details below.

Get more inspiration on Washington weddings:

After logging into Bumble, Nica and Andrew met at Compass Rose, where they bonded during their teenage emo phases, poetry studies, and fast food cravings. They chatted throughout the kitchen closing and shared McDonald’s chicken nuggets on a bus bench at the end of the night. Four years later, on that same bench, Andrew says he “awkwardly pulled out a fake McNugget ring box that I made out of clay” and asked Nica to marry him.

The couple took a break from wedding planning when the pandemic hit, but after Nica found her dress online and bought it on a whim, they decided a Halloween wedding would be too much. memorable to be left out. They were married silhouetted by the mezzanine window of the Line hotel in the company of six guests (more on Zoom). Because one of Nica’s brothers couldn’t do it, a cardboard cutout stood instead. “It was hilarious to see the cutout in the corner of our eyes and to be surprised to see it stay there all night,” said Nica. “It’s also fun to play ‘Where’s Daniel?’ when we look at our photos. The reception table added to the moody fall aesthetic, with sparklers and votive candles; black plates; ikebana-inspired flower and button vases; and tortoiseshell silverware.

This article appeared in the August 2021 issue of Washingtonian.